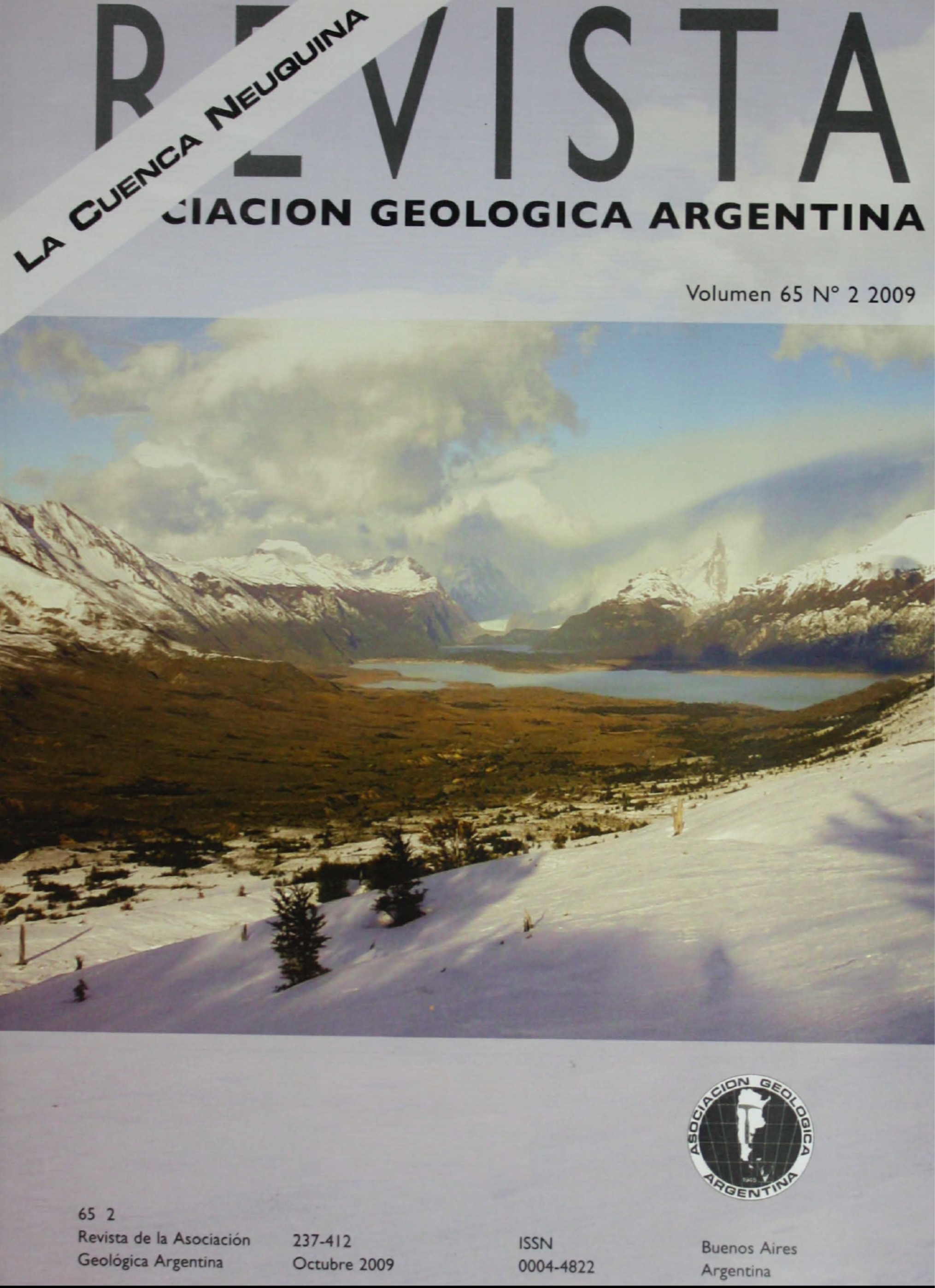 The palaeomagnetic sudy was carried out infive sections cropping out in the Neuquén Basin, which are made up of hundreds metres-thick of ammonite-bearing sedimentary and subordinately, volcanic rocksof Early Jurassic age. These sections are located in the northern part of the basin along the Atuel river (Hettangian to Toarcian), and the central part (Pliensbachian to Toarcian) of the basin. From paleomagnetic and petrographical studies two magnetic components carried by titanomagnetites were recognised,one soft bearing a direction that coincides with the local present-day field, and another harder interpreted as the original jurassic according to the palaeomagnetic field tests. Based on the polarities succession isolated in thefive sections, a composite magnetostratigraphic scale was elaborated, which isthe first of this age in the Southern Hemisphere. Eleven dominantly reversed (JR1to JR11) and 12 dominantly normal (JN1 to JN12) polarity zones were identified, in relation with 19 ammonite zones from the Andean Region, which were in turn correlated with the international standardgeomagnetic time scale. The good fit between the two scales allowed to datesome stratigraphic levels with no diagnotic fossils, such as the Sinemurian-Pliensbachian boundary at Puesto Araya, and the Pliensbachian-Toarcian limit at Rapajalo. On the other hand, two palaeomagnetic poles were calculated, one for the Hettangian-Sinemurian (223°E, 51°S, A95= 6°,N = 25) and another for the Pliensbachian-Toarcian (67°E, 74°S, A95=5°, N = 52). These poles, combined with others selected from the literature,led to the construction of a new apparent polar wander (APW) path of South America for the Late Triassic-Jurassic time interval, which turned out to be dissimilar from previous curves placing the continent in a stationary latitudinal position during most of the Mesozoic. The resultant APW path suggests that South America would have rotated clockwise while it was movingnorthward. The same shape and chronology is observed in the jurassic path of Eurasia. The latitudinal shifts derived from the palaeomagnetic data aresupported by diverse marine faunas from both the southern and northern hemispheres.