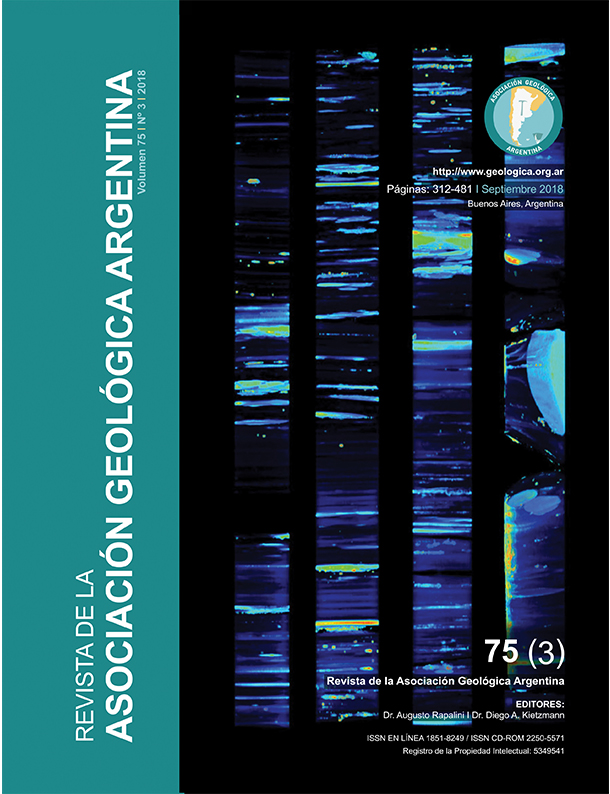 Don Sixto is a 252.7±1.3 Ma low sulfidation epithermal Au deposit located in Mendoza, Argentina. The mineralization in this area (~4 km2 ) reaches a gold resource of 1,258,000 ounces, occurring as Au-quartz veins and Au-dissemination in volcanic-pyroclastic units closely related to the Choiyoi magmatism. Seven stages of mineralization were recognized, where quartz is the major gangue mineral with lesser adularia and fluorite (± calcite). The most representative vein textures are massive, crustiform, and comb. Bladed quartz together with adularia (± calcite) were recognized in the stages 2 and 4. Abundant pyrite and lesser arsenopyrite, chalcopyrite and sphalerite were recognized in most stages. Gold has variable fineness and occurs mainly in the stage 4, together with scarce uytenbogaardtite, acanthite and Se- and Te-bearing minerals. Microthermometry data indicate that mineralizing fluids were diluted (<5.16 wt% ClNaequiv) with average homogenization temperatures reaching <316.0 ºC. LA-ICP-MS results indicate that the highest values of Na, K and S were reached in the stage 4 and 5, closely related to boiling conditions in the former. In general, a limited data set was obtained due to the small size of the fluid inclusions and the low signals that prevented analysis, which are common characteristics of low sulfidation deposits. The stable isotope data δ18OH2O indicate a major meteoric water source for the oxygen in the fluids. Regarding δ34S, the preliminary value does not define a unique source; instead a mixed one is feasible between magmatic source and a possible contribution from the sedimentary Agua Escondida Formation.