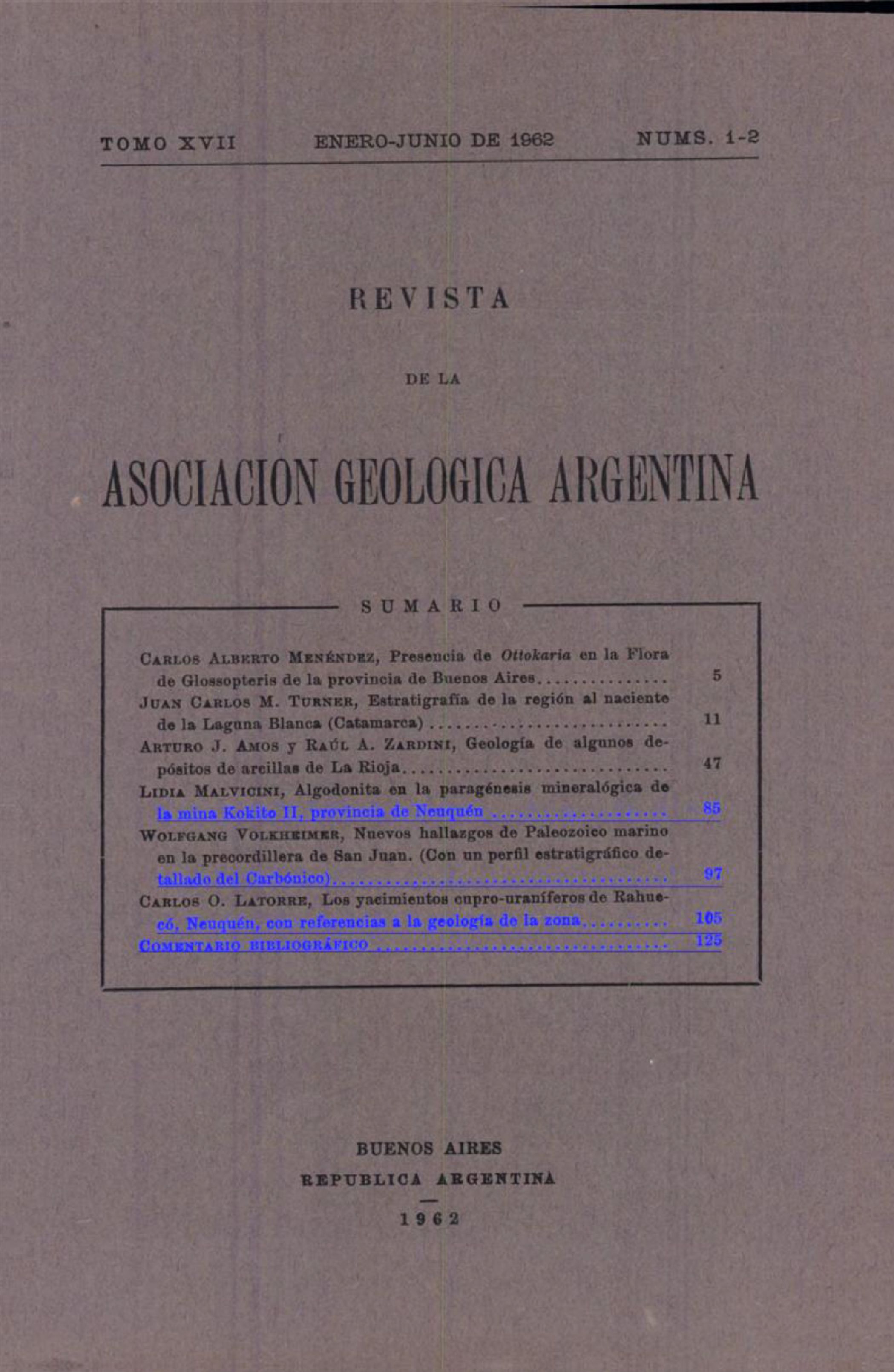 The region is situated in the more west of the province of Catamarca. It comprises the area between the western slope of Sierra del Cajón and the eastern foothills of Sierra de Laguna Blanca. The oldest rocks correspond to a Precambrian basement of metamorphic rocks (Loma Corral Formation), some of which show signs of magmatic invasion (Famabalasto and Chango Real Formations). Upon the Precambrian basement rests in disconformity; the Tertiary continental sediment (El Bolsón Group). which correspond to the Calchaquense and the Araucanense, separated by a volcanic Formation. During the Lower Quaternary volcanic eruptions took place in the form of dacitic tuff deposits (Laguna Blanca Formation) and of lava flows, andesitic (Negro Caranchi Formation) and basaltic (Los Rastrojitos Formation). Lastly there are the alluvial deposits of the (Quaternary) differentiated in three units, which fill broad depressions together with evaporites.