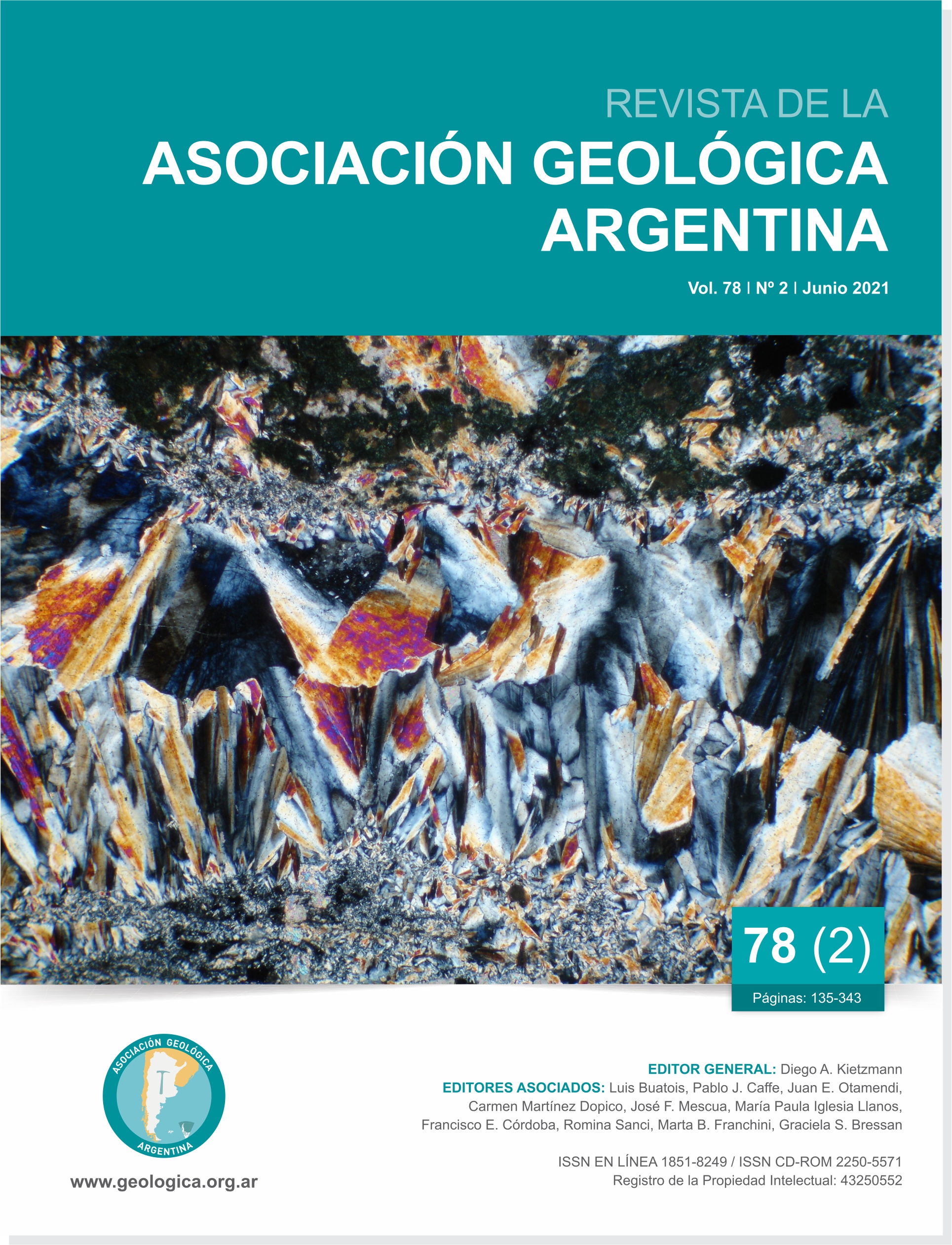 The Bajo de El Caín, where numerous dykes, necks and volcanic cones as well as subvolcanic bodies, of basic to intermediate composition, crop out, is a topographic depression located in the Río Negro province, in the area of the Meseta de Somuncurá. Three volcanic hills: Verdín, Herradura and El Morro were studied, they belong to the Cerro Cortado Formation, from Eocene, and their stratigraphic relationships with the other units of the area are not visible in the field. They comprise dykes and volcanic cones, and geochemically they are classified as trachybasalts and basaltic trachyandesites with intraplate characteristics. The rocks are slightly evolved with respect to other basalts of the Cerro Cortado Formation and equivalent units, and their geochemistry is comparable to the miocene volcanic units outcroppin in the proximity of the study area. A possible common origin source for the El Caín rocks is considered by a partial melting petrological model, from which consistent results were obtained with 1 - 5% partial melting of a moderately enriched garnet-rich peridotite.